END_OF_DOCUMENT_TOKEN_TO_BE_REPLACED

Tuesday is Here and I have and Invitation for all my readers. As you may know I’m a member of the #BritneyArmy and her 9th Studio Album #Glory was unexpectedly released a week earlier in Mexico. Surprisingly, this “mistake” allowed every B-Fan (and Hater) around the world to indulge their ears with what many are now calling a musical bible due to the intelligent use of: New Beats. New Genres. New Voice. New Languages. New Producers. New Vibes and above them all a New Britney.

Here’s a track-by-track analysis done by me to motivate you all to listen to this #Glorious compilation at least once and OBVIOUSLY BUY IT on iTunes on August 26th:

“Yes or No but no Maybes”. The opening song of this album is as immaculate as the entire production. With angelical yet haunting sounds, Godney takes us to her inner Church and makes us remember two of her best unreleased songs from the Blackout ERA “Sugarfall” and “State of Grace” but with a higher register, faster tempo and more sexual innuendo. Without doubt this track shows a confident Britney in love of her music and her time in life right now. Listen to: King of Hearts by Cassie if you love this track.

First single. Music Video Drama. No much to tell. You all have danced to the sassy claps of the chorus and definitely rose the roof of many music critics. Listen to: In the Name of Love by Martin Garrix if you love this track.

The first song we heard from #Glory and background to the Private Show Perfume TV Ad. One of the most de-constructed songs of the album because it mixes Blues, Jazz, Cabaret and even that raspy/nasal Britney voice we all love. A nice “entree” for what we were definitely not expecting – specially those 2 seconds of the teaser where we could only hear “Private Show”. Listen to: Nasty Naughty Boy by Christina Aguilera if you love this track.

Bubblegum Pop at its maximum expression. If Femme Fatale, “Outta This World” and “Sometimes (Soul Solution Mid-Tempo Remix)” made love and had a baby it would be “Man on the Moon”. There was a little bit of autotune overdose in some places but they compensate it with a nice break/slowdown part within the bridge and a sassy BritBrit speaking in what many say it’s French but I hardly doubt it. Listen to: Don’t Say You Love Me by M2M if you love this track.

Heartbreak Rated R (For Mature Audiences Only). Britney knows who she is “You don’t got to say it, I know that I’m worthy” but this doesn’t mean she doesn’t needs LOVE. I confess it: I cried out the first time I heard this song; her voice is SO real that her emotion is felt through every word. I can assure this is Britney’s BEST LOVE SONG since I Run Away. A totally different Britney approach compared to her entire career. Listen to: The Heart Wants What It Wants by Selena Gomez if you love this track.

Oops!… This is what having fun sounds like. With more Will.I.Am’s Will Power than what they think, this song is completely inspired by “Bang Bang!”, “A Little Party Never Killed Nobody” and her Louisiana roots. It’s definitely a swing-inspired track with a futuristic and clubby heat beat that will make the crowd stand from their seats and dance till the world ends. Listen to: Daddy Lessons by Beyonce if you love this track.

More Blackout and less Pop, this track is the result of what Britney did inside Madonna’s Spanish Candy Shop. With powerful guitar intro, sensual ITZ Britney vocals and quickie slang, this is her anthem for doing whatever you want or need with your body and inner self. A good tactic in the age of Tinder, Grindr & Netflix and Chill. Listen to: Spanish Lessons by Madonna if you love this track.

This is what happens when Britney re-visits “Sugarfall”, adds everything she learned during her “Live and More!” Hawaiian documentary and throws every sexual feeling she felt back during the Blackout ERA into a song. Sexy, precise and tropical-ready. With those drum beat she transports you into a dark room with candles hanging from the ceiling where the ain’t no sleeping happening just videos. It’s amazing hearing Britney’s voice with reggae background and a Gwen Stefani Circa 2002 vibe. Listen to: Underneath It All by No Doubt if you love this track.

This is the perfect example of “When Bad Name Happens to Good Songs”. Despite it shares the first and last words with “Just Luv Me”, this is an angry b*tch song. Britney feels angry and her raspy voice gives her away; with an in between paced tempo and a slow-down technique, she screams out loud how surprised she is about the resemblance between her and the other girl. Lyrically perfect and musically stable, this is #Glory’s most emotional song and I can say “the most personal one ever”. Listen to She’s Not Me by Madonna if you love this track.

“The Hook Up” meets “What It’s Like To Be Me”. With a sexy-synth treatment Britney is tired of fore-play and wants to get into action (just like she did with #Glory). Don’t make any sounds and just bow down to the queen for this amazing song. Those Ska + Light Rap accents in between the song are making me Lo lo lo love her even more!. Listen to Boombastic Love by Britney if you love this track.

Is it me or this song has some Hindi inspo on it. This is a direct yet friendly reminder to that Bollywood Version of Everytime (Circus Tour) and even that Sahara Remix of Boys (Femme Fatale Tour). 80% In The Zone Vocals, 10% Baby One More Time Innocence, 5% 90’s Teen Pop and 5% Far Away Tropical destination. Not one of the  highlights of the album but definitely a 9 out of 10. Listen to Love Myself by Hailey Steinfeld if you love this track.

Britney’s own version of CHICAGO or Burlesque (Sorry Christina). It’s like if she went to Starbucks with Meghan Trainor, recorded some vocals on their iPhones and remastered the f*ck out of them to prove the world this B*tch is not a one trick pony… Find someone who can do both Crazy Shaved Head Girl and Musical God at the same time. That was fun!. Listen to Me Too by Meghan if you love this track.

This is the kind of song you request to the Dj on a club after drinking three Cranberry Vodkas and watching all your friends already hooking up on the dance floor. It starts with 2016’s most familiar beats/background sounds and then it transforms into a David Guetta/Major Lazer-ish track but with Whitney Houston as main inspiration. Don’t really understand why it was a Bonus Track but I always LOVE “…so much better” bonuses. Listen to Lean On by Major Lazer if you love this track.

Despite it’s not the first time Britney speaks in Spanish, this is a total first: three COMPLETE words inside one of her songs. We’ve been listening the #Glory of a Britney who’s tired of Prince Charming, love stories and boys who are afraid of her. Spanish guitars and a sincere lyric scheme makes this track “the perfect specimen” of #Glory. Fun yet Sexual, what not to love about this combo?!. Listen to Livin’ La Vida Loca by Ricky Martin if you love this track.

The immediate result of asking Britney to do a Country song. She’s not blindfolded anymore and she screams out loud “Crawl, crawl, crawl but I’m never gonna come. Baby cry, cry, cry you ain’t fooling anyone”. Britney is really fixated with clapping on this album and for “Liar” she mixed some dry claps with a distant inspiration from her former N’sync friends  for some parts of the chorus. Once again can’t understand how this song is just a Bonus. Listen to It’s Gonna Be Me by N’sync if you love this track.

Now you know how Britney’s career will sound if she was Brazilian and got married with an Indian Boy. She’s mixing some Popozuda beats with sitar players, Chakra colors and perfume lotions. It will definitely make you dance and it’s because you’ll know the Music is good. A total hit that may or may not be used as a promo single for this album full of musical #Glory. Listen to Bucky Done Gun by M.I.A if you love this track.

This song was made for me. Just for me. Short. French. Somber. Romantic. Captivating. I had a literal Blackout when I heard Britney’s voice in French and after a first listen, I wish I had someone to dedicate this song to. It’s definitely a love-making song with the exact beats to keep you going until you black out. SHOULD HAVE BEEN A REGULAR SONG NOT A BONUS. Listen to Je Te Promets by Zaho if you love this track.

As you can see, #Glory is the third part of Godney’s Bible. Hope you liked this track-by-track review/description and be ready for a Haute Contest. I’m giving away 10 iTunes Copies of this amazing album. To enter the contest, just tell me why you deserve and love this album so much! Send your answers to hautecontest@gmail.com and check your email on August 26th to see if you are one of the #Glorious winners! Best of luck to everyone!

Thank you so much for reading! Lots of love!

her best album in YEAAARS. Im so obsessed with all her new songs. Great review, Jorjo, we agreed in so many things. Keep doing it. 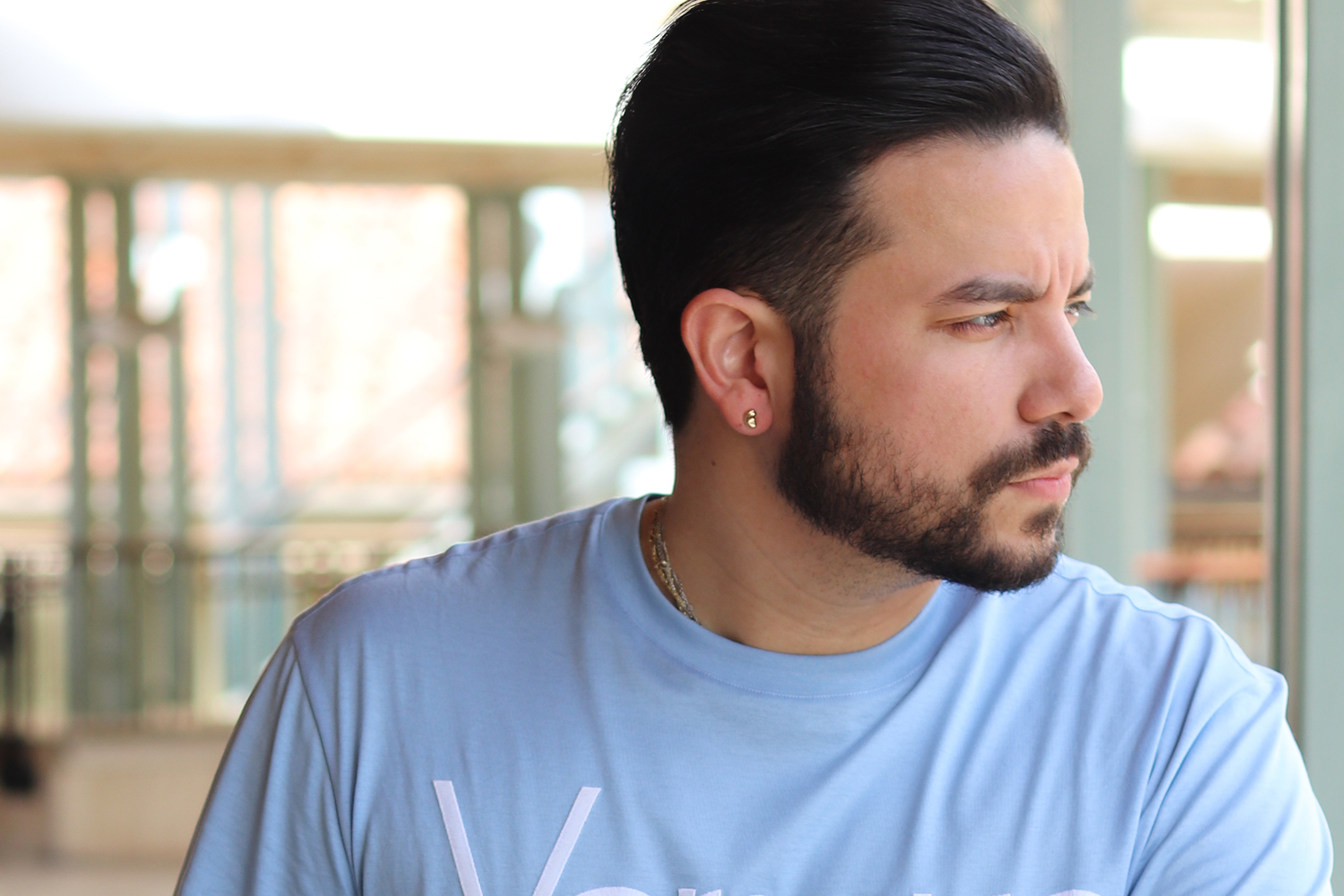 END_OF_DOCUMENT_TOKEN_TO_BE_REPLACED

Name a better duo! We dare you! We are IN LOVE w

Get your #Dior dose of the day with @imalexastyle

Name a better duo! We dare you! ✨ Contact @ima